Eurasian patents are granted for inventions created in all fields of science, technology and economy.

All the inventions are new, have achieved an inventive level and are industrially applicable.

The Eurasian Patent Convention entered into force on August 12, 1995

The main purpose of the EAPO is to create an interstate regional system of legal protection for inventions on the basis of a common Patent of Eurasia having legal effect on the territory of all the Contracting States of the Convention. 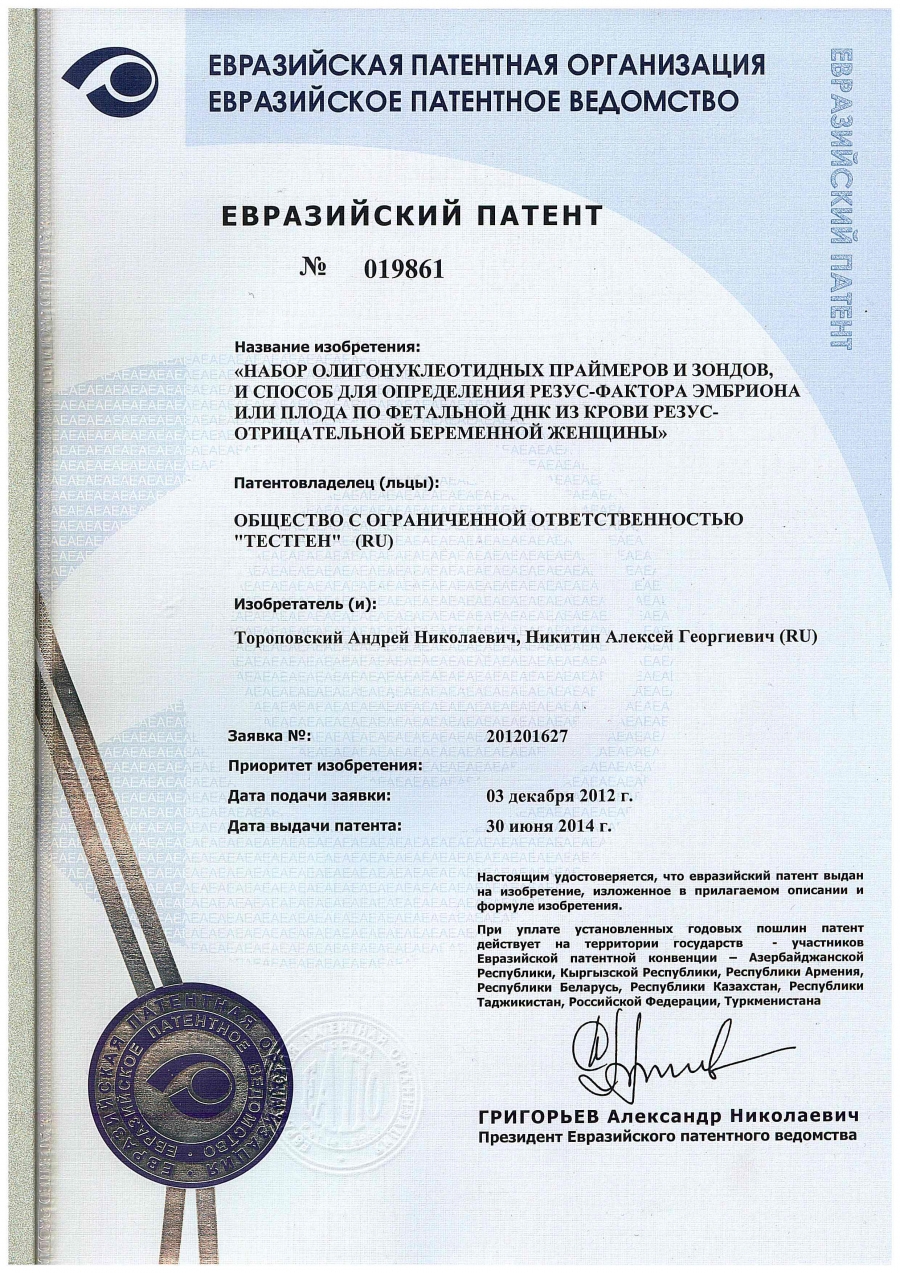 Back to previous page
Testgene uses cookies to ensure your experience and make the website more convenient to use. Cookies are small files that contain information about previous visits to websites. If you want to stop accepting cookies, please change your browser settings.